The passing weekend saw two major Pakistani flicks hitting the silver screen after a gap of over two months, if one can preclude Daal Chawal. Durj finally made it through the censors on its second screening (held after an appeal by the makers) and received a clean chit following some minor cuts. This allowed for some buzz to build around the film, although it was always going to cater to a niche audience. Kaaf Kangana on the other hand came with all the trappings of a song and dance potboiler, and writer Khalil-ur-Rehman Qamar was expected to throw some surprises in his debut directorial venture centering around cross-border romance. 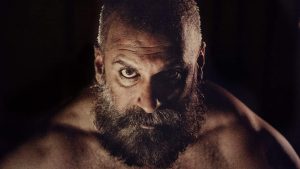 Durj struggles to leave the casket

This Shamoon Abbasi directed venture was made on a controlled budget, and its makers never put themselves under the illusion of their film having mainstream appeal. Additionally, there is no Pakistani film in recent memory from the horror-thriller genre that has fared well at the box office. Despite this, Durj still managed to get a wide release at theaters across the nation, with just slightly lower number of shows than Kaaf Kangana.

The film opened to low numbers of 0.13 crores on Friday and then struggled to sustain at even this low level, with numbers coming down to 0.10 crores by Sunday. It finished with a weekend tally of 0.35 crores, which is not all that bad given its minimal cost to its producers. 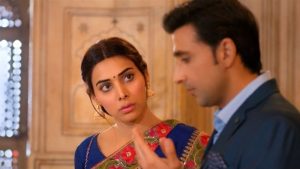 The Sami Khan-Eshal Fayyaz venture opened to similarly low numbers on Friday, earning about 0.19 crores, and then went on to score similar numbers on Saturday (0.2 crores) and Sunday (0.18 crores).

Its aggregate figure of less than 6 million will come as a disappointment for its makers, for the project was a medium budget venture that had the scale and feel of a potential money-spinner. Quite surprisingly, the response at mass centers where the film had been expected to score some numbers was equally dull. It remains to be seen how the film sustains over the coming days, however, it’s flat trending over the weekend is not an encouraging sign.

Terminator 3 is scheduled to release next Friday, which is sure to take a large chunk of shows away from these two non-performers, although Kaaf Kangana might manage to retain some screenings. Watch this space for our full analysis on why we think the two films have opened the way they have.