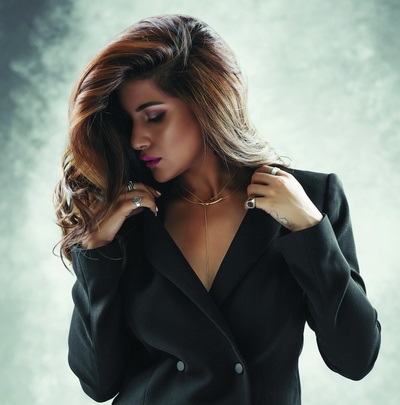 Sohai Ali Abro first made an appearance on the silver screen in 2015 with two very diverse characters in two films which did exceedingly well at the box office. She won Best Actress awards competing alongside Mehwish Hayat and was definitely the new darling of the masses, and one of the most sought-after faces in the industry.

But post the success she disappeared from the scene, barring a tv project or two, leaving fans shocked and industry insiders confused. There were varying theories for this mysterious sabbatical but none confirmed until now when the actress is back on the scene with her next film Motorcycle Girl. Our Editor Momin Ali Munshi met with the actress and here are excerpts from a candid conversation with the diva.

The last time I met you was when Jawani Phir Nahi Ani had come out and the Sohai I met then was cheerful, bubbly and kind of naive…

Sohai: (cuts in) So you don’t think I’m naive now?

Umm… not really. The Sohai I see now knows what she wants, is focused and has a no f**** to give sort of an attitude. What brought about this change?

Nothing, it’s just that with time you grow up. I was 21 when I was shooting those films, I’m 24 now. So I feel when you grow you find what your essence is and you find your calling and what you want to do with life. Also as an actor, when you come in, you have to prove yourself and do certain kind of roles, certain scripts, for people to know that you have it in you and I did that with both those films. After that, I did not want to be stereotyped as the arm candy or chaar thumkay kay liyay sort of a character, I did not want to do that so I waited it out.

Is that why you were missing from the scene?

Actually, I was working on a script that did not end up getting made and it got shelved. Also, yeah the kind of work that was coming to me otherwise I did not want to compromise.

But even on the personal front, you were quite inactive on social media.

I have never been very big on social media, I’m not obsessed with it! It’s amazing it’s fun but I would rather work on my skill and my craft, and what I do rather than posting pictures.

Don’t you think such a hiatus was a risky move?

Yes, as an actor it is quite a risk but it was not intentional. People say we want to see you more, even I want to work more and to be on the sets daily but for that the content and the project should be up to mark! And trust me, saying no isn’t easy.

When you say no to a project, you lose that money, that project, and additionally, it will go to some other actress. I know people, who out of greed will do everything, just so the project doesn’t go to anyone else. I, on the other hand, recommend other actors names when people come to me with certain projects and at times people take it personally and get offended when I say no! I’ve faced quite some repercussions, and lots of people say I’m difficult. Well, if caring about your work means being difficult, I would want to stay difficult. I don’t want to be easy breezy, tyaar ho kar glamorous ban kar do jumlay, char thumkay maro aur chali jao! That is not me and that is not something that I would want to do.

So do you regret doing Wrong No. where you kind of were the arm candy in a stereotypical role?

Absolutely not! I own up to everything I have done. I am not ashamed of what I have done. I think they were amazing films and at that point in my career that was perfect for me.

So amongst the films that have come out recently which film you saw and wished you were a part of?

I haven’t seen ‘Cake’ but I have heard great things about it so yeah Cake.

You’re making your comeback with ‘Motorcycle Girl’ which is a niche/off-beat film and let’s be real,  such films don’t fare that well at the box office. Choosing this as your comeback, do you think was the right move?

I don’t think comeback should be the word. I’m not a Madhuri Dixit who got married, had kids and is coming back to the screen. This two-year hiatus was not intentional I was doing a film, it didn’t work out and that’s it.

But you never went on record to tell what film that was.

Please don’t get offended, but I don’t think its necessary. Recently, there was this other film that I was shooting for and then there were some creative differences and my dates didn’t work out so I left that film. I never like talking about projects that I leave, I think its very derogatory and not graceful to say I rejected this and that. It’s important to talk about projects that you are doing.

What is next for you after Motorcycle Girl?

I have no idea, have a few scripts lying on my table.

So that Fahim Burney film, Love London Sialkot, not happening?

No, not from my side.

But you signed that film?

No, I haven’t. They, the makers, came to me and said we want to make a film and I’ve worked with Fahim so many times, but as yet there is no decision because they haven’t started the production yet and I haven’t even read the script.

But Dawn reported that Sohai has signed the film.

That is irresponsible journalism, it was not from my end! They think they can write whatever and get away with it because we are actors, but we are fully aware of what is happening. I did not want to comment on it because I didn’t think it was important so yeah.

Just thinking out loud. I felt you had a rather condescending tone as far as commercial films were concerned so do we not get to see you in such a film because lots of people loved you in JPNA and Wrong No. and would want more of that Sohai

Not condescending at all! I am an actor, I love such films. I’m big on dancing, I enjoy songs, glamor, and comedy. You will hopefully see me in a light-hearted comedy film real soon. But right now I am the Motorcycle girl and its all about this genre!

So last question, why should people go see  Motorcycle Girl?

Come see this film because it’s a different film, it’s a true story and is a female-centric film and we haven’t made many such films. Female characters in our films are mostly one-dimensional so this film is not that. A heroine can dance and be glamorous but her character can also be layered and interesting. So go watch it