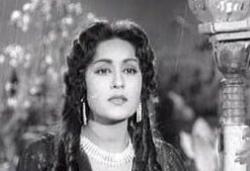 She had got settled in UK and was on a visit to Lahore where she was staying at singer Ghulam Ali’s Defense residence.

She suffered brain hemorrhage at 5am and was rushed to the National Hospital in Defense.

According to her family sources, she was operated upon at the hospital and doctors claimed the surgery was successful. However, the doctors say the next 48 hours are quite critical for her.

Actress-turned-director Sangeeta and veteran film actress Bahar Begum were among the first ones to visit Shamim Ara at the hospital.