The Pakistani film and television industry has made much international impact over the years, and projects being produced by the country’s nascent film industry have also seen a jump in revenues from overseas territories such as UK and Gulf. This international fame has lead to much interest in our homegrown celebs. Some stars have even gone on to win international honors and accolades, and are now making their presence felt at the global stage with appearances at prestigious festivals such as Cannes.

Considering this, we are expecting that in the coming years, our superstars will also make it to the international chain of celebrity wax statue museums that recognizes the most notable personalities of the world, i.e. Madame Tussauds.

With the museum chain now making inroads in South Asia, their entry into the Pakistani market would make for much cause for celebration. Here’s a list of 10 potential names which we believe can receive the prestigious opportunity of getting their statue at Tussauds in the company of international superstars be it in Pakistan or on foreign shores.

We would like to add that we appreciate that Pakistani cinema has witnessed legendary stars such as Waheed Murad and Babra Sharif. We also have senior actors such as Bushra Ansari and Qavi Khan who are still relevant to the newer lot.

However, Madame Tussauds at the end of the day is a tourist spot and thus a commercial enterprise. They take into consideration factors such as the social media following of the celebrity and their popularity and current relevance internationally. Some actors, such as Bollywood’s Katrina Kaif have even been chosen through a Twitter poll. Hence the list consists of names that meet the unofficial criteria of landing a wax statue.

Going by trade statistics and his recent blockbuster outings, Humayun is the current numero-uno superstar of the nation. Humayun is a brand today, everything he touches turns into gold. He is also very intelligent in choosing his genre and roles. Humayun’s Punjab Nahi Jaungi even outscored a popular Bollywood film called Badshaaho, released alongside, in the UK. His overwhelming popularity in the UK has probably been an influencing factor for the setting of upcoming London Nahi Jaunga, and we can’t wait to see a wax statue of the star at Madame Tussauds. Mahira Khan is a global phenomenon, whose popularity in the international arena rose due to her projects Humsafar and Shehr-e-Zaat doing well on Television and digital platforms. Her work in Bollywood project Raees opposite star Shah Rukh Khan was received well by her fans too. The actress has further solidified her position in Pakistani cinema with hits like Superstar.

Her stardom was in evidence with all its splendor as she represented Pakistan at the prestigious Cannes Film Festival’s red carpet. She has received quite a few international awards and continues to be active for various charity and human rights initiatives. Ali Zafar made his Pakistani debut with the blockbuster Teefa In Trouble, which also consolidated his stardom in the country. The action-comedy is to date the highest grosser for a non-holiday release in Pakistan. The film also took Ali to several international platforms such as at the prestigious Silk Road International Film Festival (SRIFF), in Fuzhou, China. Ali has also produced music for international labels such as YRF music and has a global fan following among the South Asian diaspora. 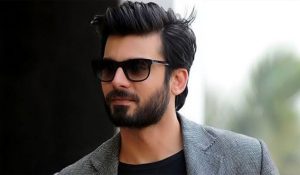 Be it his blockbuster Pakistani dramas Humsafar and Zindagi Gulzar Hai or his 100 % success record from Khuda Kay Liye to Ae Dil Hai Mushkil, Fawad has always been on top of his game despite being choosy with his work choices. The Maula Jatt of tinsel town made quite an impact across the border, managing to win a Filmfare award. Fawad was praised for his performance in the critically and commercially successful family drama, Kapoor & Sons.

He has also launched a production house to provide a platform for young, talented Pakistani filmmakers and scriptwriters. The star is also a coveted brand ambassador, with a portfolio of leading multinationals such as Pepsi and Lux. 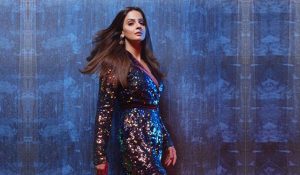 Saba Qamar is amongst the very few names who have worked simultaneously in films and on television, achieving super-stardom in both the mediums. She has the international beauty brand Lux in her kitty and a Bollywood project which did very well in overseas markets such as China. In 2016, she received Pride of Performance in recognition of meritorious work in the creative fields and has gone from strength to strength with upcoming projects Kamli and Ghabrana Nahi Hai creating much positive buzz. In 2019, he was awarded The Dubai Walk of fame-Star for being the ‘Best Singer in Pakistan’. He has received Tamgha-e-Imtiaz in 2008, the fourth-highest civilian award in Pakistan. His association with international music labels such as T-Series, YRF Music, and Universal Music has churned out more than a hundred transnational musical chartbusters. Atif is truly Pakistan’s biggest pop-star. Apart from Pakistani films, his music has been featured in Hollywood, Spanish as well as Bollywood projects. Fahad is not just a brilliant actor but is also the heartthrob of the nation’s masses courtesy his super successful game-show, Jeeto Pakistan. Fahad also has starred in a series of successful films such as Actor in Law, Na Maloon Afraad and JPNA2. His performances in television plays Lahaasil and Kankar won the actor much acclaim before he struck gold with his stint on the silver screen, with back to back blockbuster successes. The curiosity for his next project, Quaid-e-Azam Zindabad is tremendous, a solid indicator of his massive audience pull. 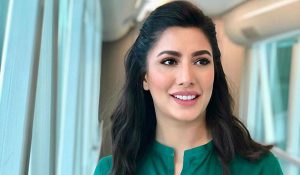 Mehwish Hayat is a bonafide film actor who has not just appeared in blockbuster films such as Jawani Phir Nahi Ani, but has also received international recognition such as being the first Pakistani woman on a BBC show produced by Angelina Jolie. She also made it to Asia’s sexiest women list multiple times. The diva represented Pakistan at Filmfare’s Middle East awards where she won the “Pakistan Icon Award” and is also active for various charitable causes. The Zarrar hunk is a powerhouse performer and an established superstar of the country who enjoys massive following across generations. He has worked in several genre-defining projects from the new wave of Pakistani cinema (Khuda Ke Liye, Waar) and has received endorsements from brands such as Unilever and Pepsi. Besides his star appeal among both the masses as well as the multiplex crowd, Shaan has directed several successful Pakistani films and is one actor who has scored hits in practically all the genres produced by the film industry. 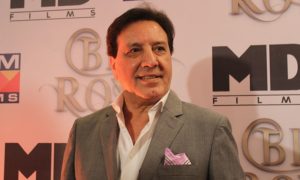 Javaid Sheikh is an icon, who has stayed relevant over four decades in the cinema industry. Starting as television and silver screen heartthrob in the 80s, he went on to direct some successful film projects for the Lahore film industry. The legendary actor also has several Bollywood blockbusters in his kitty and has been part of the most prestigious Pakistani film projects in recent times. Needless to say, he is an actor who easily deserves a spot in the statue gallery.

Back in 2011, it was reported that legendary actor Moin Akhtar received a call from Madame Tussauds in London. Mansoor Akhtar, son of the late actor, supposedly confirmed this to a leading newspaper saying, “While I am not sure if the call was genuine, I was overwhelmed when I received it as it is a huge honor as the museum houses wax figures of many of the world most renowned celebrities. However, making statues is forbidden in Islam so I rejected the offer due to religious reasons.” However, the news was later claimed as false and conjecture by a section of the media.

It would be a treat for fans of these eminent stars, as well as the many local and foreign tourists, to be honored by the popular museum gallery. We hope that Madame Tussauds soon announces its launch in Pakistan or honors a Paksitani Superstar at their international museums such as the ones in London or Hong Kong.