The stories of Pakistani dramas mostly revolve around marriages and family affairs. Because the scope of the stories itself is so limited, there are hardly any stunning visuals that one gets to experience in the dramas. After all, there is only so much variety that one can show in dramas where all the action is delivered through dialogue.

It is precisely why we hardly see any dramas that make use of real outdoor locations. At most, characters are shown dining in at restaurants, shop in malls, or have a conversation in a car. That too has become quite monotonous since these locations tend to be re-used in dramas across the channels.

Diyar e Dil is a heart-warming drama that delved into complicated family relationships. But it wasn’t just the drama’s storyline that made the drama a hit that it was. A significant portion of the drama was shot at the scenic locations of Skardu, Gilgit-Baltistan. The gorgeous Khaplu Palace was chosen as a primary location for the drama and many indoor scenes were shot there. Director Haseeb Hassan made Diyar e Dil into a visual masterpiece as it made brilliant use of the beauty found in Pakistan and organically made them part of a story that resonated with the audience. Yeh Dil Mera being a romantic-thriller demanded visuals that were mysterious and, at times, spooky. Director Aehsun Talish managed to brilliantly capture the mysteriousness of the script in the drama’s visuals. None of it would have been possible if it wasn’t for the people who were responsible for scouting the location. The drama was shot in a place called Shogran, situated between Naran and Kaghan. Amaan & Aina’s house wasn’t an actual house; it was a hotel in Shogran named Arcadian Hotel. Writer Farhat Ishtiaq revealed in an interview that she needed a cottage that gave haunted vibes for the story. She was thankful to the production team for finding the perfect location that was just how she imagined it would be. There is something very welcoming about a colorful muhalla where people laugh and cry with each other as a family. That is precisely what Prem Gali has tried to show and succeeded. Set in a fictional area Prem Gali, situated in Saddar, Karachi, the drama has various families and dozens of characters that, somehow, impact each other’s lives. Although Prem Gali is shot on a set and not on an actual location, the production team deserves a round of applause for creating such a realistic set. From general stores to dairy shops, director Qasim Ali Mureed has captured the essence of these commonly found things in such a way that the audience would have a hard time believing that Prem Gali does not exist in reality. Drama serial Mushk‘s storyline revolves around several characters, each at a very different point in their life. And the drama’s visuals manage to present the various situations of the characters. A train station, haveli, dusty roads, an urban house, and even a dingy claustrophobic prison cell; director Aehsun Talish has not attempted to confine this story to generic locations. The real locations that have been tampered with to create a fictional setting provide Mushk with a visual authenticity that is rare to find in drama serials. 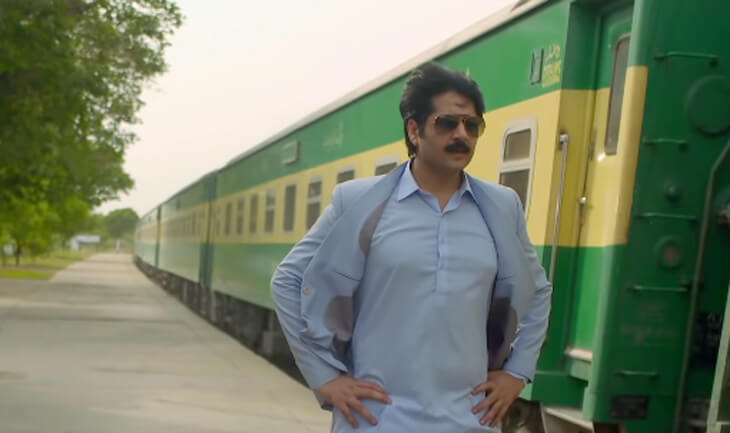 These are just a few examples of Pakistani dramas taking time and effort into the visuals. We live in a time and age where creating entire fictional cities is possible, thanks to green screen and VFX. While Pakistani directors don’t have access to such technology as of now, what they can do is be creative and shoot at unusual locations.  Pakistan certainly doesn’t have a shortage of serene places. And when drama directors make use of the country’s natural resources or put in some effort to make elaborate artificial sets, they certainly elevate the standard of dramas.