Live updates on all social media platforms. Check!
Sharing the complete list of film winners. Check!
A detailed writeup sharing what all happened at the event. Check!

After all that its now time for our last post on the Lux Style Awards, which is the style file. In this post, team Galaxy Lollywood takes out its claws and dissects some celebrity looks from the 16th Lux Style Awards. So without further ado, here goes. 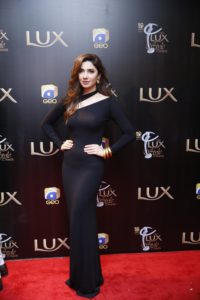 Ifra: The epitome of grace! She totally stole the show with her sexy black attire paired perfectly with minimal makeup and beach wave curls.

Kahkshaan: Damn Mahira slays every time! Please give her all the awards from my side! Kudos to Omayr Waqar for working his magic yet again with Queen Khan!

Iman: Raeezaadi Mahira Khan stuns yet again, loving her fitted black dress which compliments her body so well. Though I think she could have played more with her hairstyle.

Momin:  She looks hot as hell! Loving this new fierce side to Mahira. 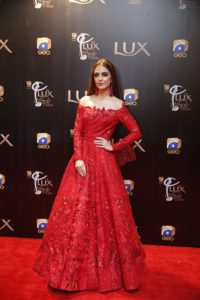 Kahkshaan and Ifra: Being a very tricky color, Maya Ali pulled off this all red ensemble very very smartly! And we are glad she did not play it safe!

Iman: With just a basket missing little red riding hood made her way to the red carpet. I think she should have worn a different color set of earrings or well just added some other color which would have separated her from the red carpet itself.

Momin: Interestingly, what she looked in person and what she looks here in pictures is two different stories. She was a bit too red while walking on the red carpet but here in the pictures, she looks perfect. So all’s well that gets good pictures no? 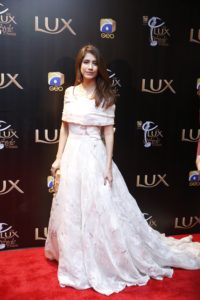 Iman: The white off-shoulder gown looks amazing on her, it is just perfect for her cute girl next door image.  Like how she used minimal jewelry and didn’t go overboard with make-up.

Momin: Loving this look of hers! And wow she surely knows how to look cute and sexy at the same time!

Momin:  Definitely one of the most memorable looks of the night! Kudos to stylist Rao Ali Khan for making sure that Ayesha looks sensual and not vulgar. This one was a winner for me!

Iman: For me Ayesha Omar rocked it! She is the one actress I actually look forward to. For me she is Pakistans Sonam Kapoor.

Kahkshaan and Ifra: Another ‘khubsurat’ woman , whose look left us wondering why! The last minute disaster of a dress , paired with smoky eyes and that tight ponytail did not do justice to Ayeshas look at all! 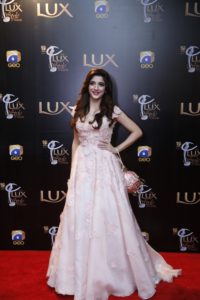 Iman: Sick and tired of actresses and their Disney princess moments, when will donning poofy gowns on red carpet end? And that cindrella carriage clutch! Please. No.

Ifra: Just out of a fairytale. No less than a princess! And her little carriage clutch added the extra oomph factor to her look! 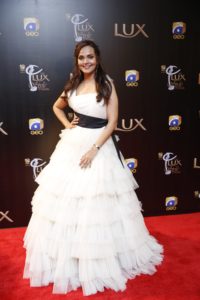 Ifra: Aminas whole look was very bland, maybe if she had worked on her hair and makeup, it would have been very different!

Kahkshaan: A mess of a dress! A run down look on the whole!

Iman: Though almost everyone disliked Aamina’s look I on the other hand like this white fairy tale ensemble. I think she could have looked better without the black belt, and with her hair down but this is also a decent look. Kahkshaan and Ifra: Being a beautiful woman, how we wish someone could have styled Armeena because this casual look does not work in her favor at all!

Iman: Did Armeena come to the LSA’s by mistake? Was she going out with friends for a casual lunch maybe? She looks pretty but I think she should have worn something according to the event she was attending.

Momin: A bit too casual but hey guys she was there on time at the hi-tea, unlike most other actresses who made an appearance way after the awards had begun! 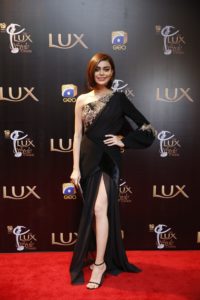 Ifra: From the dress to hair to makeup everything is on fleek.

Kahkshaan: Totally model like! The right combo of the sleek bob and black dress!

Iman: Sadaf shows us how she is from the fashion side of the industry, totally loving this edgy look of hers and that bob hairstyle by Nabila is like a cherry on top.

Momin: Love love love! A bit too risque for Pakistani audiences but definitely a killer look. 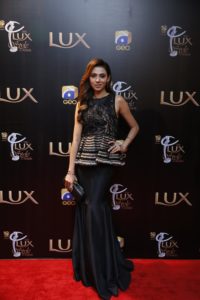 Iman: Wondering how to pull a peplum off? Just look at Tooba Siddiqui.

Kahkshaan: Another winner in black. Tooba looks like a million bucks!

Ifra: Flaunting her attire with a perfect sultry makeover

Iman: Zhalay looks bleh! Don’t like it! Blue, Ruffles, Organza are all a very bad combination.

Kahkshaan: A confusion between ruffles, organza, and unattractive colors, Zhalay could have done much better. 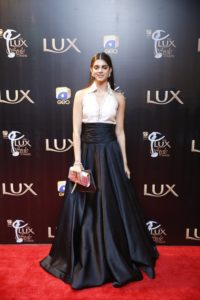 Iman: Sanam’s dress is a bit ill fitted and doesn’t look that good. She could have worn something special.

Kahkshaan: Emerging from a model to actress, Sanam has not let go of her persona which clearly shows in this monochrome outfit. Less is definitely more!

Iman: Who would have thought that Reema would make it to the miss list. Don’t know what she was thinking with that sea-green silk gown of hers.

Kahkshaan: Reema’s look for the show was decent but somehow did not mesmerize. It lacked the x factor! Iman: Ahh my eyes, please someone take all that light away. Meera Ji was all glitter.

Kahkshaan: Oscar trophy maybe? Meera jee might think she is only 16 but sequin dresses are a thing of the past! Although kudos to her makeup and hair stylist for keeping it age appropriate in that department!

Ifra: All glitz and glam!! She looked stunning!! 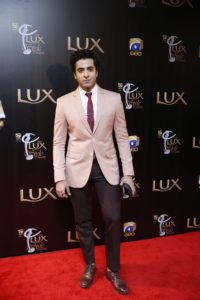 Iman:  Someone from the 80’s called and they want their clothes back. Sheheryar being one of the heartthrobs looks good in almost whatever he wears but he looks anything but good in this grandfather attire.

Kahkshaan: Sheheryar played it too safe and makes me want to yawn at this look especially because of the nude colors.

Momin:  Stylist Rao and Sheheryar are a killer combo but somehow the magic didn’t work this time around. 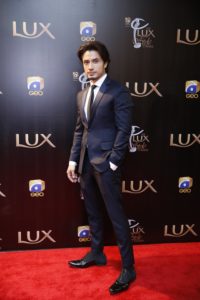 Iman: I am sorry I just can’t take my eyes off that hideous braids of his. What was he thinking? Ali Zafar, you might be a rockstar when it comes to singing and acting but fashion statements? Na Aa.

Kahkshaan: Working around the safest combo, Ali did hit the right notes but the braided hair and kajal would freak anyone out!

Ifra: Ali’s braid is a big turn off! 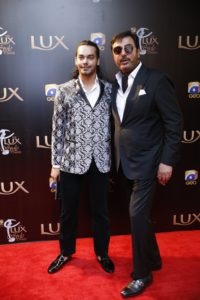 Kahkshaan: Gohar Rasheed does it again! The mish-mash of a blazer looks more like a curtain then an ensemble fit for the red carpet. Please take a cue from your peers!

Iman: From unbrushed hair to wearing this weird curtain style blazer. Gohar Rasheed shows you how not to dress on a red carpet. 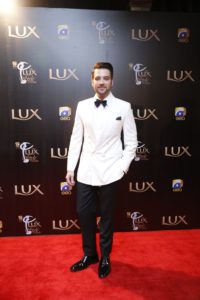 Iman: A white tux is something not everyone can pull but on Mikaal it looks like it’s just made for him. Love this classy look of his.

Ifra: Mikaal Should have worn another combo as this one is something we have seen him a lot in before. But he looks hot!

Kahkshaan: A good looking guy can pull off anything but a guy with a fair complexion should go for a darker color to enhance his looks thus Mikaal gets the thumbs down from my side!

Momin: You girls are hard to please no? I thought he was the best-dressed guy on the red carpet.

That’s it for this year!